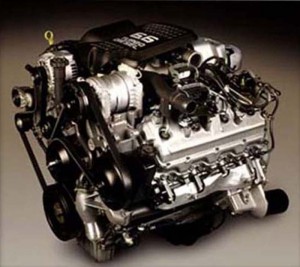 When the competition erupted in the 90’s regarding well mannered, powerful diesel engines in light duty trucks. All of the big three manufacturers had diesel engine variants for their trucks, but when Dodge started using the Cummins diesel engine and refurbished Ford came out with the Powerstroke, it was time for General Motors to anti up.

Hence, a new diesel engine for Chevy and GMC trucks and large SUV’s. The Duramax family of light duty and medium duty Chevy and GMC pickup trucks engines. So, do you want to buy a refurbished affordable replacement duramax diesel engine? If so, call DieselEngines.co right now.

The Duramax was a wonderful addition to the motor lineup. It is a modern hi performance type of diesel engine. It’s also much quieter than any of the other light duty truck diesels. All are turbocharged and fuel injected. Allow me to list the models and RPO codes [regular production option].
1. LB7 [engine code 1] made from 2001 to 2004. 402 cubic inches-6599 cubic centimeters used in the Chevrolet Kodiak/GMC Topkick and Chevrolet Silverado/GMC Sierra HD.
2.  LLY [called 8GF1, engine code 2] made in 2004 and 2005, of the same dimensions as the LB7. Used in the 2006 Hummer H1 Alpha and Chevrolet Silverado/GMC Sierra HD.
3. LLY/LBZ [engine code 2 & 3 respectively] made from 2006 to 2007. Used in a wide variety of pickups and SUV’s.
4. LML [VIN # 8] is the most recent Duramax engine.
5. LGH was an interim engine [code L], used on 2010 Chevy Express and GMC Savana vans.

No matter what the year of Duraamx engine may interest you, we can offer you several different replacement options. Depending on your needs, we can outfit you with an appropriate engine right now.

In stock and ready for shipment are: Rebuilt or remanufactured versions of every Duramax ever made. And don’t let yourself become confused between the meaning of rebuilt as opposed to remanufactured. Ethically and legally, both engines should have the same end result.

Very often we have premium grade low mileage used engines for sale. All of our used engines are pre tested. We don’t sell “junk yard” engines. A used engine with about 40 thousand miles is inexpensive and has lots of life left in it.

For those unwilling to compromise in any capacity, we offer brand new “crate” engines, just like the original engine that came in your vehicle. The only difference between us and the dealer, is the fact that our prices are about 40 percent less.

I fully recommend calling the specialists at DieselEngines.co to discuss your needs so you can buy the right Duramax engine for your personal use. Call right away and find out how good our customer service is. Talk with a real human being who knows their subject.

We have an extensive inventory of diesel engines for sale and are constantly adding them to our site. Don't see your engine? Don't worry! We have it. Give us a call for more information.