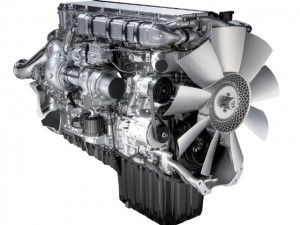 The series 60 Detroit Diesel engine is a legend. It is used in the largest trucks and equipment made. It has a total of 14 liters in displacement. 861 cubic inches. Compare that to the largest gasoline engine ever made, the 8.1 liter GM truck and RV engine. It makes the largest gas motor look small.

If you need to buy a Detroit Diesel Series 60 engine for sale now, then call DieselEngines.co right now. We have an engine to meet your needs. Rebuilt diesel engines or remanufactured DD 60 motors and pre tested used engines. All guaranteed, all are ready for immediate delivery, just make the call.

With over 14 million miles of testing with the DDEC VI [Detroit Diesel Electronic Control  system]. The DDEC system was the first commercial use of a fully electronically control system on highway engines, and it would be a number of years before any other manufacturer would follow the leader. Drive by wire.

Other design innovations such as one piece piston design and  electronically controlled high pressure fuel injector pumps have kept this engine on the road since 1987. Better designs and better parts are one reason this motor has survived so long.

Truckers, or anyone in commercial industry also have to get the job done or the goods delivered on time. Our goods are delivered by big trucks, that is the way 90 percent of goods are moved across the country. Reliability is everything. Unnecessary failures have to be avoided.

The best way to locate your next Detroit Diesel engine is through DieselEngines.co, a company that values serving our customers with their best interests in mind. If you have more questions, that is why we employ intelligent representatives who speak you language. Buy the best diesel engine for your needs. Call right now, don’t delay anymore.

We have an extensive inventory of diesel engines for sale and are constantly adding them to our site. Don't see your engine? Don't worry! We have it. Give us a call for more information.